COVID-19 Vaccine Mandates: The Mark Of The Beast? 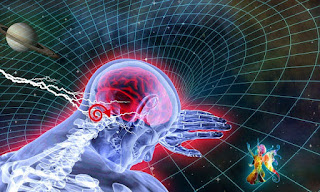 It also forced all people, great and small, rich and poor, free and slave, to receive a mark on their right hands or on their foreheads, so that they could not buy or sell unless they had the mark, which is the name of the beast or the number of its name.

In a speech on Thursday, 9 September 2021, President Joe Biden announced a sweeping--and disturbing--mandate for all Americans not yet "vaccinated" against the SARS-COV-2 virus, the pathogen which causes COVID-19. The mandate is sweeping because it potentially impacts 100 million Americans. The mandate is disturbing because it is an unprecedented government intrusion into what is traditionally a private and personal matter--one's own healthcare choices.

Many have claimed that such a mandate is immoral, and that the vaccines themselves are nothing less than the Mark Of The Beast starkly described in Revelation.

Is this really the case?

Even before we come to the question of government edicts to receive the vaccine, we must acknowledge the vaccines themselves are the subject of more than a little controversy.

In part this is because the Pfizer and Moderna shots are the first ever vaccines approved for use using a medical technology known as Messenger RNA, or mRNA. We should not be surprised that many express doubt and unease about them, simply because they are new.

In theory, FDA approval is meant to resolve the question of safety and efficacy. In the minds of many, that has not happened for the COVID-19 vaccines, owing largely to both the political hyping of the  vaccines themselves and a measure of real-world use-data that challenges at the very least the efficacy aspect of the shot, and potentially also the safety.

The efficacy of the Pfizer shot has been challenged by data coming out of Israel indicating the shot is only 39% effective against the SARS-COV-2 virus' "Delta" variant, currently the dominant strain within Israel.

The safety challenges arrive on multiple fronts: There is data showing a risk of myocarditis (inflammation of the membranes of the heart), particularly in teen boys age 12-17. The Johnson and Johnson shot has been associated with cases of Guillain-Barre syndrome, a rare but dangerous neurological condition. Overall, all the COVID-19 vaccines used in the US have had a total of 650,075 adverse events reported, including 13,911 deaths and 56,912 hospitalizations.

While we should not leap to conclusions based on what is quite clearly incomplete information, these data points serve to demonstrate there is at least some challenge to be made to the vaccines' safety and efficacy.

If the vaccines are not safe nor effective, then they are not mankind's salvation from a dangerous infectious respiratory disease, but merely an example of science run amok.

The safety and efficacy of the COVID-19 vaccines--and indeed of any medicine--carries with it the moral challenge of self-care. As Paul reminds us in 1 Corinthians, the human body is God's Temple, and we are therefore called to take good care of it.

Don’t you know that you yourselves are God’s temple and that God’s Spirit dwells in your midst? If anyone destroys God’s temple, God will destroy that person; for God’s temple is sacred, and you together are that temple.

Yet efficacy presents an even more subtle dilemma beyond the broad-brush statistics. Infectious respiratory disease rarely impacts people the same way, and COVID-19 is no exception. As early as last summer, the CDC acknowledged that young people and people in good health were at relatively low risk from the disease, but that people with underlying conditions such as diabetes, congestive heart failure, COPD, and asthma, as well as the elderly, were at elevated risk.

The CDC released new data that depicts how many Americans who have died from COVID-19 also had contributing conditions.

Only 6% of COVID-19 deaths have the virus as the only cause mentioned, according to the report, revealing that 94% who died from coronavirus also had other “health conditions and contributing causes.”

The report reads: (Under the “Comorbidities” section)

The healthier we are, the less practical effect the COVID-19 vaccines can have, simply because the likelihood of serious infection is reduced. If there is no or only minimal tangible benefit, the answer to the moral question of whether the vaccines are proper self-care becomes at best murky and uncertain--and in such cases the moral "balance of harms" test would lead one to not get the vaccine.

If one gets past the moral dimensions of safety and efficacy, however, a far greater moral challenge presents: the COVID-19 vaccines use fetal cells either in testing (Pfizer/Moderna) or production (Johnson and Johnson/AstraZeneca). These marvels of modern medicine exist because the remains of aborted unborn children are used in their creation. It is no exaggeration of fact that the pharmaceutical giants who have presented these vaccines to the world are profiting off the deliberate killing of unborn children.

The moral line that is crossed here is nothing less than the Sixth Commandment: You shall not kill. The taking of human life is an undeniable sin--on this there is no debate.

However, we must also remember that Jesus raises the stakes significantly in the Sermon on the Mount. Not only is killing wrong, but the mental states that lead us to take human life are wrong.

It takes no great measure of sophistry to conclude that profiting off the murder of unborn children falls under Jesus' condemnation. Using human remains as product in this way can only be viewed as a gross disrespect to the deceased individual--it is in every regard saying to the unborn child "Raca" ("Raca" was an ancient Jewish epithet suggesting a person was "worthless" and contemptible).

The prevailing opinion among most bioethicists is that the use of the particular fetal cell lines involved in COVID-19 vaccine development and production involves fetal cells from abortions far enough removed in time as to not pose a significant ethical hurdle to their use. However, this presumes that the passage of time carries relevance--which condition we do not get from either the Old or the New Testament. Killing is wrong, and so are anger, hatred, and contempt, no matter how much time has elapsed.

Why this must be is abundantly clear: we are God's children, and we are called to be holy in all things. Paul reminds of this at the beginning of Chapter 12 in Romans:

Therefore, I urge you, brothers and sisters, in view of God’s mercy, to offer your bodies as a living sacrifice, holy and pleasing to God—this is your true and proper worship.

The proper worship of God includes--even begins--with keeping our bodies clean and uncorrupted. We cannot do that if we allow anyone or any company to exploit our bodies to enrich themselves via human death and human misery.

Nor can one dismiss Paul's exhortation as mere opinion, for he is merely restating God's Law given to Moses:

Because of the unavoidable moral dimensions to deciding whether or not to receive these vaccines (or, indeed, to accept any particular therapy or health regimen), one principle is clear above all else: these choices must be personal. Only the individual is positioned to decide what to render to Caesar and what to render to God. No state, no employer, no outside agency can possibly make moral decisions regarding an individual's healthcare.

Mandates--and in particular government mandates, which are necessarily enforced via the police power of the State--seek to do exactly that: choose moral right and moral wrong for the individual. It is that imposition of moral authority over the individual that invites contemplation of the Mark of the Beast.

As I have opined before, an effective way to apprehend Biblical narratives is through an understanding of their mythic origins. Myths are, at their core, religious stories that present and illuminate a religious truth. Such is the nature of all mythologies, and it is certainly true of Biblical narratives. If we contemplate Revelation from a mythic standpoint, we are able to perceive the Mark of The Beast as metaphor.

If we view the Mark of The Beast as metaphor, the vaccine mandates do begin to take on a darker and more sinister aspect:

Thus apprehended, what metaphor can we find in the Mark of the Beast?

Such a mark, however, carries ramifications and consequences that go far beyond the mere transaction of business. The mark's meaning goes far beyond simple commerce. Consider: if a man can neither buy nor sell, not only has he no way to make a living, but he has no way to procure the essentials of life itself.

If a man must wear a certain mark to buy, without the mark he cannot buy food, cannot eat in a restaurant, cannot rent a room or an apartment, cannot ride public transport, cannot buy private transport--in short, he cannot function in society at all.

If a man must wear a certain mark to sell, and must only sell to other wearers of that mark, without the mark he cannot sell goods, cannot operate a business, cannot hold a job or provide services of any kind--in short, he cannot function in society at all.

With such strictures, in wearing such a mark, in participating in such a society, a man surrenders his capacity to choose to whom he will sell and from whom he will buy. Such choices are made for him by the "beast" claiming to rule over all.

If we accept such a mark, we are not merely surrendering political and economic allegiance. We are not simply "bending the knee." We are surrendering our own moral agency, our capacity to choose right from wrong, and to act on that choice.

While the vaccine mandate may not be a physical mark, the attendant bureacratic requirement of vaccine documentation unquestionably identifies whether we have received the vaccine or not. And the mandates unquestionably aim to determine who may buy and who may sell,  who may work, and who may transact business within our society.

To my mind and my reading of the Bible, President Biden's vaccine mandates are disturbingly close to what the Mark of The Beast would be. They are close enough to say they are morally wrong and absolutely evil. Haggling over whether the mandate is the Mark portrayed in Revelation is for me a distinction without a difference.

However people decide this matter, I pray that one and all will, in the clear conscience of their own minds, choose to always offer their bodies as the living sacrifice described by Paul--holy and pleasing to God.

By Peter Nayland Kust on 10 September
Email ThisBlogThis!Share to TwitterShare to FacebookShare to Pinterest