No King In Israel. No King Required--Then Or Now 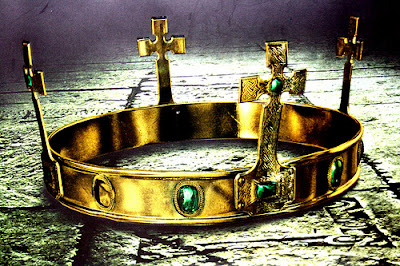 In those days there was no king in Israel; every man did what was right in his own eyes.

I recently read an interesting essay by Peter Earle of the American Institute for Economic Research. The essay revolved around a question that supposedly no libertarian had ever been able to answer: What would keep someone from buying a massage table, a set of steak knives, and with no training whatsoever starting a surgical practice?

Mr. Earle's essay is a fascinating overview of libertarian and economic thought, with defenses of the usual regulatory practices that modern libertarian thought tends to embrace as necessary. What is especially fascinating is that he never actually answered the question as it had been posed to him. but rather seemed more interested in establishing why such a question was not germane to libertarian thought.

The answer, of course, is supremely obvious: "Nothing at all."

Laws Can Punish. They Cannot Prevent.

The "limitation" that was proposed to Mr. Earle is in fact a limitation of all human governance: it has the power to punish, but can never truly prevent, bad behavior. We see this limitation played out in even the most authoritarian regimes, where "black markets" frequently flourish despite--or perhaps because of--the most stringent regulations imaginable. We see this limitation played out in all societies when people commit various crimes. both violent and otherwise. No matter how strong the police response, no matter the severe the penalty, the police power of the state cannot be deployed against any individual until that individual has done something to call attention--until he has committed a crime.

All Government Requires The Consent Of The Governed

Understanding this limitation of the law leads to a deeper understanding of one of the "self evident" truths Thomas Jefferson immortalized in the Declaration of Independence--that government derives its legitimate authority from those intended to be governed:

We hold these truths to be self-evident, that all men are created equal, that they are endowed by their Creator with certain unalienable Rights, that among these are Life, Liberty and the pursuit of Happiness.--That to secure these rights, Governments are instituted among Men, deriving their just powers from the consent of the governed, --That whenever any Form of Government becomes destructive of these ends, it is the Right of the People to alter or to abolish it, and to institute new Government, laying its foundation on such principles and organizing its powers in such form, as to them shall seem most likely to effect their Safety and Happiness.

The truth about government is that all government power ultimately arises from that "consent of the governed." Where people do not wish to comply with government edicts, government has shown itself to have few effective responses. Witness the many "color revolutions" that have occurred in many parts of the world over the past few decades--virtually all of them began (and a few ended) with people fundamentally choosing to "just say 'No'" to the government.

In addition to the many examples of this in recent history, we also have the Old Testament chronicling of the breakup of the Kingdom Of Israel after the death of King Solomon: 1 Kings 12 opens with the people of Israel petitioning Solomon's son Rehobo′am for redress from some of their labors, being rebuffed, and choosing to turn away from Rehobo′am's rule in favor of Jerobo′am (1 Kings 12:16-20):

So Israel departed to their tents. But Rehobo′am reigned over the people of Israel who dwelt in the cities of Judah. Then King Rehobo′am sent Ador′am, who was taskmaster over the forced labor, and all Israel stoned him to death with stones. And King Rehobo′am made haste to mount his chariot, to flee to Jerusalem. So Israel has been in rebellion against the house of David to this day. And when all Israel heard that Jerobo′am had returned, they sent and called him to the assembly and made him king over all Israel. There was none that followed the house of David, but the tribe of Judah only.

Even an outwardly legitimate king such as Rehobo′am, who ascended the throne as Solomon's acknowledged heir, could not govern for a single day without the consent of the Israelite people, and when they withheld their consent, his reign was summarily circumscribed to the tribe of Judah only.

No King In Israel By Design

Which brings me back to the closing verse of Judges. Through Moses God gave Man His Law. Neither through Moses nor Joshua did God give Man any form of government. There are rules for the Levitical priesthood, but there is no depiction of how any government of Man is to be maintained. Such does not exist anywhere in the Books of Moses.

So long as God's Law was obeyed, there simply was no need for any government of Man. There was no need for a king, or for laws decreed by a king or even a legislature. God gave the Israelite people His Law, rendering all laws of Man superfluous.

This is confirmed in the immediately following First Book of Samuel, when God describes the Israelite's desire for a king as a rejection not of Samuel and his sons, but of God and God's Law:

And the Lord said to Samuel, “Hearken to the voice of the people in all that they say to you; for they have not rejected you, but they have rejected me from being king over them. According to all the deeds which they have done to me, from the day I brought them up out of Egypt even to this day, forsaking me and serving other gods, so they are also doing to you. Now then, hearken to their voice; only, you shall solemnly warn them, and show them the ways of the king who shall reign over them.”

Samuel goes on to warn the people of Israel how a king will tyrannize and terrorize them, and how a king will invariably lead to despotism--and that God will not be sympathetic, for the people have merely gotten that for which they asked, along with a few unintended consequences they will not want.

Every Man Must Choose To Do What Is Right

Consequently, the only reasonable, rational, and moral answer to the question "What would keep someone from buying a massage table, a set of steak knives, and with no training whatsoever starting a surgical practice?" is and must be "Nothing."

With or without government, a man making such a choice will invariably suffer the consequences for violating God's Law by harming his fellow human beings. Government may add or alter the particulars of those consequences, but the consequences will follow regardless of government.

God gives all men the wisdom of the Law to see that such a choice is intrinsically wrong and immoral. Yet because God gives men the power to choose between right and wrong, between following and rejecting God's Law, God does not shield us from the consequences of our bad choices by preventing them. We can make the evil choice, or we can make the good choice, but it is always our choice to make.

As it was for the ancient Israelite nation, so it is for us today.

There was no king in Israel because no king was required--then or now.